I have been suffering from migraines since I was about 3 years old. I remember that first one like it was yesterday: I was at the doctor’s office with my mom, who was there for a well woman visit after having my brother (that’s how I know I was 3). The office was packed, and it was so.very.hot. I remember that hot, uncomfortable feeling so well because I have the same symptoms now. I felt sweaty and bloated – like my clothes were getting tighter and tighter, the lights in the office felt like they were pointing directly into my eyes, I could barely hold my head up or walk, almost like I was a drunken 3 year old, and I felt like I was going to toss my cookies. And I did. Right in the waiting room. The nurse gave me one of those teal, kidney shaped hospital-y bowls to vomit into.

Lovely story, I know. I actually went for YEARS having these headache/vomit combos. I started out having memorable ones at least twice a year and then, in my teen years, it was bi-monthly and as I got into my twenties, I started having them once a month. But, what were “these” headaches?

When I was younger, I just thought that I was a nervous person. When I was in elementary school, I would get them when I would stress out about something. Not real stress, things like “Am I going to get a part in the play?”, “Is Tanya still mad about what happened on the playground?”. I also noticed that I would get them when the seasons changed. When back-to-school time rolled around, I was always feeling like my new clothes were tightening up and that I was hot. I thought it was because of the weather AND the anticipation of the new school year (I was on to something). I was a “Nervous Nellie”, so what? Then, as a teen, I thought it was because I was hungry and tired. I was always on some weird diet when I was a teenager (Bagel and V8 Juice diet – blech), so I thought I just had low blood sugar. I used to stay up really late in high school too, so it was just a headache from being tired. Or, if it was weather related, I was having a sinus headache. When I’d eat something, I’d feel slightly better, even though I still had to lie down (another clue). Then, in my twenties, I started having them once a month. It was usually before my period, so I thought “PMS symptom”.

So, I made all of these diagnoses on myself. I was a nervous person, who had motion sickness, heat-and-sleep related sinus headaches, low blood sugar and PMS. On a regular basis. Same feeling, same symptoms. I just lived with it for years. At times, I couldn’t see or I had vertigo along with the headache. That was just a bad headache from not wearing my glasses. “Gotta wear those more…” I thought.

Then one day, when I turned 24, I got a job as a secretary at a high-stress, state run mental health clinic. One of the program coordinators had a particularly crazy meeting. She popped into the “clerical pool”, looking sweaty, worn out like she was about to vomit, when only about an hour prior she was dressed very well, make-up applied. This was a look I was all too familiar with.  She said breathlessly, “I need to take an Imitrex, I am having migraine!”.

The lights came on in a major way! So I looked it up “migraine symptoms” and it listed EVERYTHING I’d ever experienced. It even mentioned a little thing that I noticed, and thought that I was the only one who experienced it, excessive yawning! I thought I was the only one who could not stop yawning when I was about to have a head attack! It was a real revelation for me! I had no idea what was wrong, just an oddball headache sufferer and frequent vomiter (sorry to get graphic, but that’s how I migraine). It has a name – Migraine.

I went to the doctor and it was confirmed. I had a CT scan and nothing was there (rimshot!). She asked me if I wanted a prescription for it. I said, believe it or not, “No.” I had done my research and all of the prescription drugs offered for migraines had side effects worse than the migraine itself.

So, I opted to go for the “take some Advil and lie down in a dark room” route. I’ve been doing that ever since. And, while it doesn’t help prevent migraines altogether (I wish!), it helps ease the pain when I am going through the attack stage, and if I recognize the signs early enough, during prodrome.

I do try to catch my symptoms early, especially before going away or to work. But, sometimes they come on suddenly. This is why I carry The Migraine Kit! 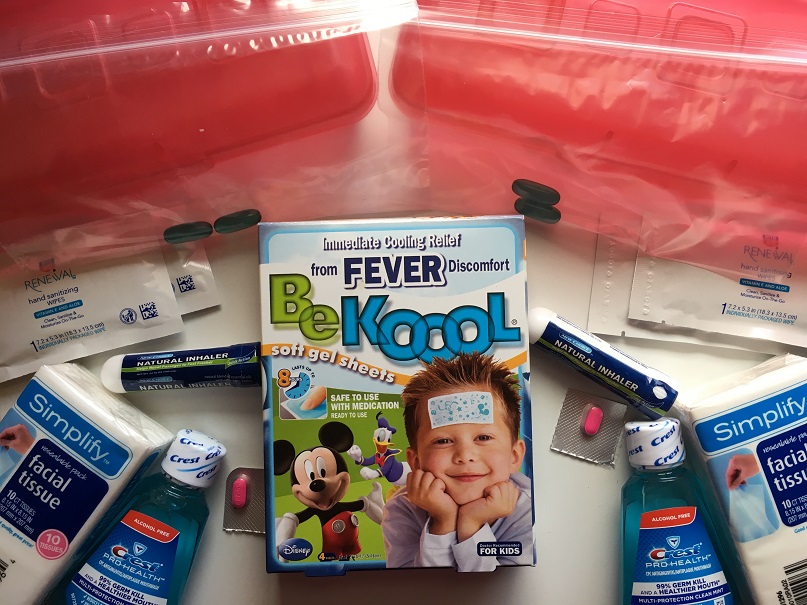 As you can see, it has some OTC meds, some natural stuff, some clean up tools (migraines can get messy). Like…

I have two kits. I keep one in the backpack I carry all of the time and one in my car. If I change purses, I put the kit in the purse.

It seems like nothing, but this is important stuff. I have been stuck without things to help me over the years and it’s been pretty terrible. Any little thing that you can do to help yourself, DO IT.

This is what works for me, what it in your “Migraine Emergency Kit”? 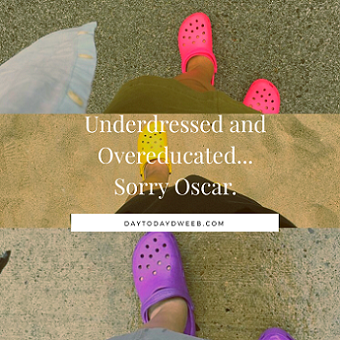